Anyone that has worked in an office environment knows of some ridiculous dynamics — different personalities all crammed into one place make for some hilarious comedy.  Fans of The Office will definitely recognize our next Meat Treat, John Krasinski.  He's usually known for his sarcastic nice guy role as Jim Halpert, but there's more to John than that… now let's take a look at his Johnson! Someone should give his trainer a pat on the back!  He ended up pretty shredded for this role… looking good John! 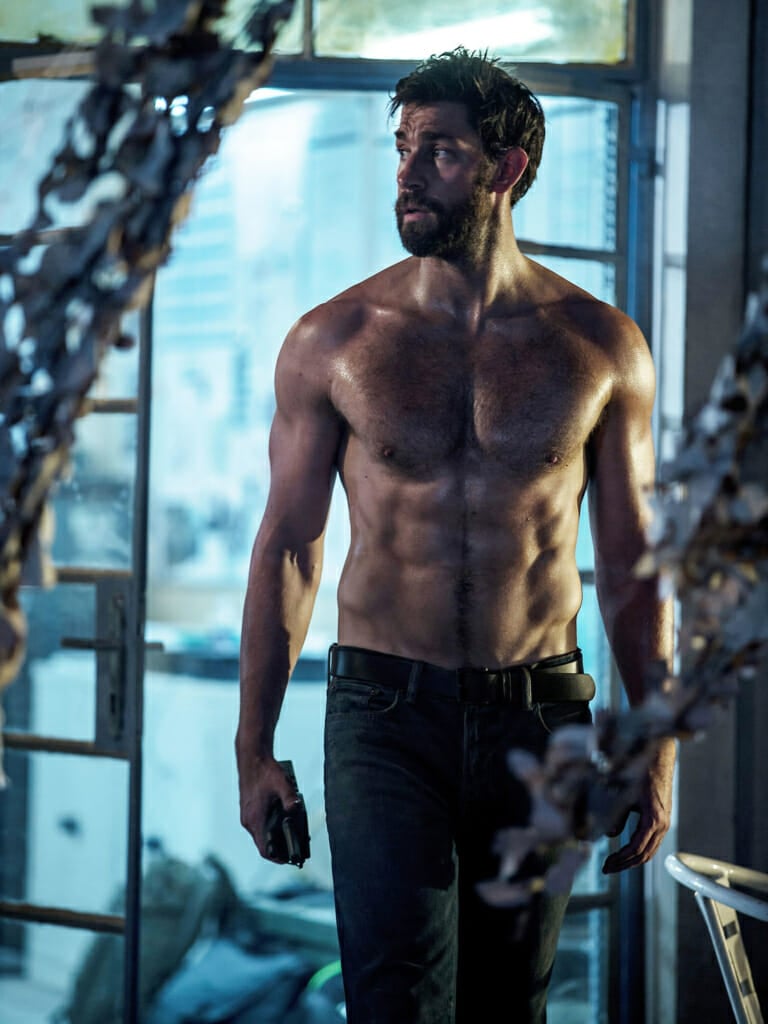 It is so much better for me being jacked because you feel so much more confident and you see yourself as this much more sexual person, which is really fun.